Robi Damelin, an Israeli mother, and Bassam Arami, a Palestinian father, each lost a child to the violence. Despite having every reason to be divided by grief, they're working together to show how important one-on-one reconciliation can be on the path to peace — using their friendship as a model.

Each May, the wail of a two-minute siren pierces the skies of Israel to signal the beginning of Yom HaZikaron, Memorial Day, the day the country mourns for its fallen soldiers and those killed in terror attacks. It’s a day the country comes together to grieve collectively, but for mothers and fathers on both side of the Israeli-Palestinian divide who have lost children to the conflict, every day feels like Memorial Day.

In Episode 8 we will introduce you to two bereaved parents Robi Damelin, an Israeli mother, and Bassam Aramin, a Palestinian father. They were strangers to each other until they became members of The Parents Circle, a group of Israeli and Palestinian parents who have lost sons and daughters to the violence and have now joined together for peace and reconciliation. Now, they are the very closest of friends.

Robi’s son David was 28 in 2002 when he was killed by a Palestinian sniper while serving in the West Bank on reserve duty. Bassam’s 10-year-old daughter, Abir, was killed by Israeli border police fire.

Together they travel the world sharing their stories, even when they would much rather stay home, even when it feels unbearable to again rehash their terrible losses. Their "power is their pain," as they say, and they draw strength from that power — and from each other. They told me how when they are on the road, and one falls sick, they speak for each other, a rarity in our highly charged and polarized era. And even during the hardest moments, they make each other laugh. Watching them interact, their joking, easy manner, and the way they support each other, it seems that their personal tragedies and shared sense of mission have seared them together.

At their lecturers, like the one I attended at a hotel in Jaffa to a group of American Christian tourists, they talk about who David and Abir were to them, what it has been like to endure that shattering, singular loss and how they have channeled that grief into doing all they can to speak out for people-to-people reconciliation as the groundwork for an eventual peace deal.

Robi speaks about the essence of their shared work between Israeli and Palestinian bereaved family members, what they hope will extend to Israelis and Palestinians in general: "It's not that they'll all become Martin Luther King and fall in love with each other, but (we hope) they would have an innate empathy and an understanding of how the other sees their history and that creates a beginning of a relationship. [People are often] cut off from each other, and that cut-off creates fear. And we all know that fear creates hatred."

She adds: "You know it's not written anywhere that you are going to kill each other forever." She draws strength, she says, from her native South Africa, which now lives in peace after decades of strife and fighting. And she knows there may well be more war before a peace deal is eventually forged, but she holds firm: "In the end we will sign this peace agreement."

As Bassam has said, their friendship "is above the conflict."

Episode Highlight: In this episode, Bassam talks about his family’s intimate connection with Hadassah Hospital Ein Kerem, one of Hadassah Medical Organization’s famed hospitals in Jerusalem. His daughter, Abir, was born at Hadassah, and it was the very hospital where he requested she be treated shortly before her death. Recalls Bassam of the experience, "The doctor... comes to talk to me and said, 'I don't know if it will make any difference for you. I am the doctor who'll make the operation for Ariel Sharon.' I said, 'No, it didn't make any difference for me. I have no doubt that you did your best to save her life so you don't need to prove that for me."

View behind the scenes photos: 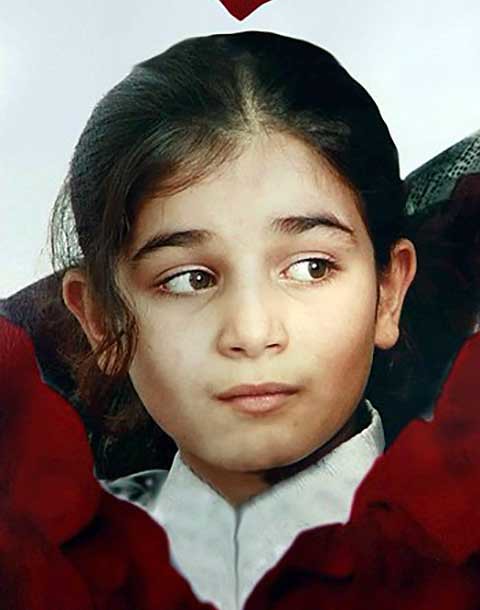