Winkler, a native of the Dominican Republic was in Jerusalem as part of the Birthright Program, to celebrate the 50th Anniversary of its reunification. She was staying at a Jerusalem hotel when she began feeling ill and was taken by ambulance to Hadassah Ein Kerem. Following several brain operations, Winkler was discharged and will return home to Santo Domingo.

Dr. Kim Rosenthal, director of the neurosurgery department's intensive care unit and a senior neurosurgeon, recalled: "Kimberly suffered from an intractable, massive hemorrhage that definitely endangered her life. An exploding aneurysm is very rare at such a young age, but it is a life-threatening stroke. The treatment focuses on stopping the bleeding by cuffing, stent or bypass."

Prof. Jose Cohen, a senior surgeon in the neurosurgery department, inserted steel stents into her brain in order to stop the bleeding. This is a sensitive task, as damage to the brain tissue must be avoided. "Her CT scans were so bad that everyone was surprised that she was still alive," said Cohen.

Hershkin states, "Every day, Hadassah's brilliant team of doctors and nurses save lives around the world and around the corner. Hadassah Medical Organization's $30M state-of-the-art operating theaters offer world-class medical facilities for all who enter its doors."

Winkler underwent three operations in which blood was drained from her brain and coils inserted to close the aneurysm. Winkler's condition gradually improved and she is now able to walk and speak and is making great progress in rehabilitative therapy.

Kimberly's mother, Miriam Winkler, who had flown in from Santa Domingo with Kimberly's two sisters, states, "I was shocked when I saw Kimberly — I was not sure she was the same girl who played volleyball and danced jazz. We can never thank Hadassah enough for giving us back our daughter. Faith and medicine are factors that work here in a perfect combination."

WATCH THIS VIDEO about Kimberly’s journey to recovery at Hadassah hospital. 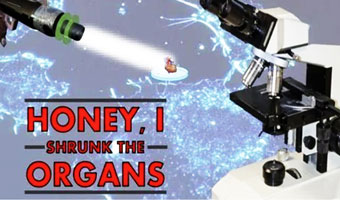