"Today's vote puts America one step closer to sending an unambiguous message to the world: the United States does not and will not tolerate antisemitism. Hadassah applauds the US House of Representatives and the US Senate for remaining steadfast in its commitment to building a safer and more tolerant world. Elevating the Special Envoy to Monitor and Combat Anti-Semitism to the rank of ambassador is critically important to combating the rise in global antisemitism, and we urge the president to sign this legislation without delay.

"Passing this bill is a fitting conclusion to an historic 116th Congress, which also took unprecedented action to strengthen Holocaust education in the United States by passing the Never Again Education Act. These two bills were major priorities for Hadassah's nearly 300,000 members nationwide. We attribute the robust bipartisan support for these priorities to their relentless advocacy."

ABOUT HADASSAH: Hadassah, the Women's Zionist Organization of America, Inc. (HWZOA), is the largest Jewish women's organization in the United States. With nearly 300,000 members, Associates, and supporters, Hadassah brings women together to effect change and advocate on such critical issues as ensuring the security of Israel, combating antisemitism, and promoting women’s health. Through the Hadassah Medical Organization's (HMO) two hospitals in Jerusalem, Hadassah delivers exemplary patient care to over a million people every year and supports world-renowned medical research. HMO serves without regard to race, religion, or nationality and earned a Nobel Peace Prize Nomination in 2005 for building "bridges to peace." Additionally, Hadassah supports several Youth Aliyah villages that set at-risk children in Israel on the path to a successful future. For more information, visit my.hadassah.org. ### 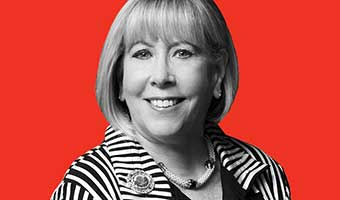 Women’s Health Needs Must be Part of COVID Recovery Plan

By Rhoda Smolow “A hopeful moment after a long, dark year.”