In a year of unprecedented challenges, Hadassah members made their voices heard in Washington and built an immense portfolio of bipartisan legislative victories that help to heal our world. Through virtual meetings, calls, emails, social media posts, letters and more, the priorities in Hadassah’s advocacy agenda for the 116th Congress earned bipartisan support, and some of our top priorities made their way to the president’s desk.

Read more about Hadassah’s successes in advocating for legislation:

Strengthening Holocaust Education
In January 2020, after more than 18 months at the top of our agenda, the US House overwhelmingly passed the Never Again Education Act. The Senate followed just a few months later, the president signed it into law, and now educators will have access to training and resources to help bring the lessons of the Holocaust alive in classrooms nationwide.

This immense success was never guaranteed. It took the determined work of Hadassah’s strongest advocates to impress upon their representatives that high quality Holocaust education is an essential part of an education in every generation, and that the twin threats of rising antisemitism and declining understanding of the Holocaust required a federal investment in new resources to assist educators in bringing powerful lessons to the classroom.

Hadassah members held briefings on Capitol Hill to build support among Congressional offices, called and wrote to their representatives, urged support through Day in the District meetings to keep the issue front and center on the agendas of both parties.

Congresswoman Carolyn Maloney, Senator Jacky Rosen and many others recognized Hadassah members for building a bipartisan majority in support of legislation that will help preserve the memory of the Holocaust and stop the surge of antisemitism in our communities. Millions of dollars are now being directed by Congress in support of Holocaust education, ensuring that the impact of our work will reverberate from coast to coast for years to come.

Creating New US-Israel Medical Partnerships
As our hospitals asserted themselves as leaders in combating COVID-19, a new policy statement was adopted in July urging all members, Associates, and supporters to educate policymakers about how Hadassah Medical Organization (HMO) transforms lives in Israel and around world, and to advocate for legislation that facilitates and promotes medical partnerships between the US and Israel.

Hadassah members quickly sprang into action. Both senators and representatives heard from our members about the research, innovation, creativity, determination and success of the medical teams at HMO that you are powering by standing with Hadassah. This helped to spark bipartisan interest in creating a groundbreaking new medical partnership agreement to help end the threat of COVID-19 – one that only exists with the State of Israel.

Legislation making new US-Israel medical partnerships possible was authorized towards the end of the 116th Congress in the National Defense Authorization Act (NDAA), moving both medical communities and nations closer together.

Combating Antisemitism
Hadassah members were vocal in support of a legislative effort to strengthen America’s leadership in the global fight against antisemitism. Having played an active role in the creation of the Office of the Special Envoy to Monitor and Combat Anti-Semitism in 2004, Hadassah members were highly qualified to argue powerfully that elevating the officeholder to the rank of Ambassador was necessary to ensure foreign governments understood the critical nature of combating antisemitism in the contexts of their relationships with the United States.

Once again, Hadassah members generated overwhelming bipartisan support, and both the House and Senate passed the Hadassah-backed Special Envoy to Monitor and Combat Anti-Semitism Act and secured a commitment to double the annual budget for the Office.

The message to all nations that America does not and will not tolerate antisemitism has been sent loudly and clearly.

The support of USAID is essential to HMO, and Hadassah members strongly advocated for legislation that secured $30 million in new funding for the ASHA program.

Promoting Peaceful Co-Existence
Cooperation and peaceful coexistence are a hallmark of HMO, which serves patients without regard to race, religion, or nationality. That commitment earned HMO a Nobel Peace Prize Nomination in 2005 for building “bridges to peace.” To advance that ethos, Hadassah members helped to secure a multi-million dollar appropriation in the Consolidated Appropriations Act of 2021 for the Nita M. Lowey Middle East Partnership For Peace Act, which will fund programs that, like HMO, help move Israelis and Palestinians, as well as Arabs and Jews, toward peaceful co-existence.

Investing In COVID-19 Research
Congress established $1.15 billion in new funding for research to diagnose, study, track and treat the lasting health impacts of COVID-19 and Long COVID – the chronic post viral symptoms that some patients endure – and to conduct clinical trials, with $100 million specifically used for the Rapid Acceleration of Diagnostics. Support for medical research is a cornerstone of Hadassah’s advocacy agenda, and Hadassah was proud to join with partner organizations in supporting this crucial investment.

Increasing Access To Clinical Trials
Hadassah members stood strongly behind the Clinical Treatment Act, which was passed on a bipartisan basis and requires Medicaid to cover routine costs associated with participation in clinical trials, such as physician visits or laboratory tests, which are otherwise covered when not associated with a trial. By supporting this legislation – which was included in the Consolidated Appropriations Act – Hadassah members helped to expand the pool of Medicaid patients able to access potentially life-saving treatment options by nearly 40 million people in 35 states. With women making up over 63 percent of adult Medicaid recipients, the Clinical Treatment Act would go a long way in supporting women’s robust clinical trial participation.

Advancing Women’s Health Equity
The impact of our efforts to promote and advance women’s health equity was reflected in new policy directives by the Department of Defense to ensure women and individuals from minority groups be included in nearly all clinical research studies conducted through Congressionally Directed Medical Research Programs (CDMRP). The new policy, which was requested by Congress as part of the Department of Defense Appropriations Act, achieves this goal. 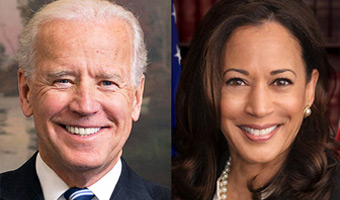 Hadassah Statement On Election of Joseph R. Biden As 46th President Of The United States